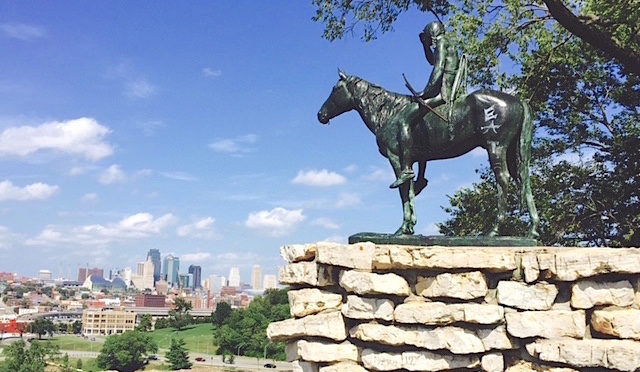 Kansas City is a town with a colorful past and a promising future; it is big and sprawling, diverse and dynamic, sophisticated and down-home.

We are big in miles, straddling a state line and encompassing (depending on which government agency is doing the counting) from eight to 13 counties. In the 11 most close-in counties, we encompass more than 4,000 square miles and number more than 1.776 million people in more than 100 cities. There is a Kansas City, Mo., and a Kansas City, Kan., and the larger of the two and the urban center of the metro area is on the Missouri side. Many locals, even those who live 50 miles away from the Kansas City, Mo., city limits on either side of the state line, are apt to reply when asked where they're from - "Kansas City." It's a big name for a big place.

We could have been Possum Trot. That was one of the names suggested for the town that grew up on banks of the Missouri River in the mid-19th century. The Town Company, which purchased the original 271 acres in 1838, finally settled on the Town of Kansas, naming the new town for the Kansa Indians who had long inhabited the area.

We are a pretty city, not the flat prairie or arid wasteland some picture. The Missouri and Kansas rivers meet just north of downtown Kansas City. They - and their tributaries - have carved valleys and bluffs over the landscape. 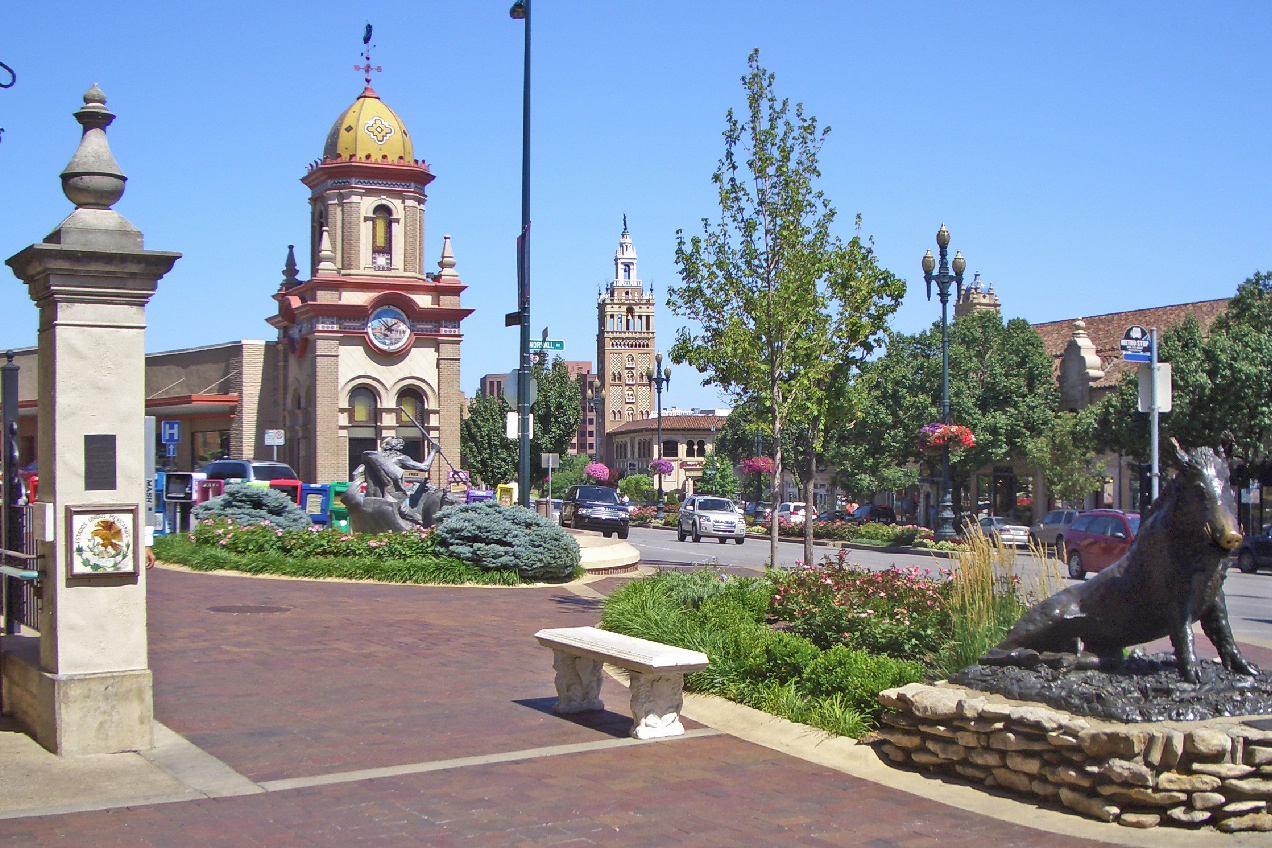 In the late 19th century some far-sighted city fathers committed to a program of interconnecting boulevards and parks that placed this town in the forefront of the nationwide "City Beautiful" movement. We have as many - probably more by now - boulevards as Paris, and, with more than 200 fountains, we're second only to Rome. (In 1973 a City of Fountains Foundation was established to ensure the construction of new and upkeep of the older fountains; from them, you can obtain a map for a driving/walking tour of some of the city's prettiest.) We do not have an ocean or a mountain, but we have limestone bluffs and thousands of acres of lakes, rivers and streams.

Almost smack-dab in the middle of the United States, we have always been an important trade/transportation center. The same year Missouri came into the Union, a French trader, Francois Chouteau, came upriver from St. Louis and established a trading post at a bend in the river. A few miles and a few years later, another entrepreneur, John McCoy, set up an inland store on the Santa Fe Trail that became Westport and an important outfitting spot for wagons headed west. We have been an important rail center (today second in size nationally only to Chicago) since we opened a railroad bridge across the Missouri in 1869. Today, too, we have what many call the nation's most user-friendly airport: Kansas City International sees about 400 flights a day, and the distance from curb to aircraft is less than 75 feet.

We are a cowtown and an art center. The stockyards made us one of the world's major cattle markets in the late 19th and early 20th centuries. At its peak in the early 1900s, the Kansas City Livestock Exchange was the largest building in the world devoted exclusively to livestock interests. We still commemorate that heritage every year during the American Royal Livestock, Horse Show and Rodeo, more than 100 years old and one of the nation's largest.

Since its 1933 opening, the Nelson-Atkins Museum of Art has established itself as one of the most important art museums in the world, home to an acclaimed Asian collection and in the middle of a major renovation and expansion. The Kansas City Art Institute is near the museum, and in 1994 the Kemper Museum of Contemporary Art opened its doors. Across the city are dozens of smaller galleries and art spaces. Not to mention a growing collection of outdoor, public art that includes dancing bulls on the west approach to town, giant shuttlecocks on the Nelson-Atkins south lawn and the four art deco "Sky Stations" stretching 200 feet above the downtown Kansas City Convention Center.

We are a diverse population with many ethnic groups whose roots go deep. The Hispanic community traces its to the opening of the Santa Fe Trail; the huge meat-packing industry of the late 1800s brought Croatians, Serbs, Russians, Slovakians and Greeks. Our religious preferences are varied. The more than 2,000 congregations here represent more than a dozen faiths: Protestant, Roman Catholic, Jewish, Eastern Orthodox, Islamic, Hindu, Buddhist, Sufi, Baha'i, Native American, Sikh, Jain, pagan, Unitarian Universalist and New Age groups. The 2000 census revealed that we are 51.5 percent female and 48.5 percent male; that 42 percent of us have at least two vehicles; that we are 84.5 percent white, 13.4 percent African-American and 1.7 percent Asian.

We are good workers. We miss fewer days of work and drive shorter commutes than most major metropolitan centers. The Midwestern work ethic is alive and well here. According to the U.S. Bureau of the Census, production workers in Kansas City contribute 50 percent more value added per hour than the national average, and the National Center for Health Statistics reports that Kansas City area workers take the fewest sick days of 33 major metropolitan areas surveyed.

Our business environment is healthy. Year after year, through good times and bad, the metro unemployment rate and the cost-of-living rank well below national averages. Much of that is due to the area's diverse economic base. We are a key production, distribution and service center for the Midwest. We are home base to major companies including Hallmark Cards, Yellow Freight, Farmland Industries, Sprint and Interstate Bakers. Our homegrown businesses include American Century, H & R Block, Cerner and Russell Stover. We are a regional office town with outstanding office spaces in the heart of the city and spread in office parks around the edges. Agriculture is still important to us, but so are the Harley-Davidson and automobile plants, the technology companies, the big banks and all the various kinds of service businesses. We consistently rank among the top U.S. cities for supporting small businesses, and Fortune magazine ranked us among the 20 best U.S. cities for international business. We lead the world in underground storage space and are home to the world's largest subsurface business complex. In 2000, plans for the Kansas City Area Life Sciences Institute were announced, launching an area-wide partnership of business and science committed to transforming this city into a national life sciences center.

We are big fans. We are hard-core supporters of our teams: We paint the town blue on opening day for our Kansas City Royals baseball team and we go all red for the Kansas City Chiefs, our football team. Both the Football and Baseball franchises play their home games at the Truman Sports Complex (Kauffman and Arrowhead stadiums, respectively), one of the nation's best and most beautiful outdoor venues. Sporting Kansas City, the city's soccer team, plays outdoors at Sporting Park. In 2001 we opened the state-of-the-art Kansas Speedway, bringing national-level auto racing to town. And we are divided on the college sports scene, splitting our loyalties among the nearby Universities (Missouri, Kansas and Kansas State) and the local college teams.

We have very interesting weather (we average 38.1 inches of precipitation every year, including 21 inches of snow, and we have 51 days with thunderstorms, 39 days above 90 degrees and 22 below 10 degrees - on our hottest day ever, Aug. 14, 1936, we hit 113 degrees, and we bottomed out at minus 23 degrees on Dec. 22 and 23, 1989); five entertainment districts; great shopping all over town; 74 public school districts; and big plans for the future. 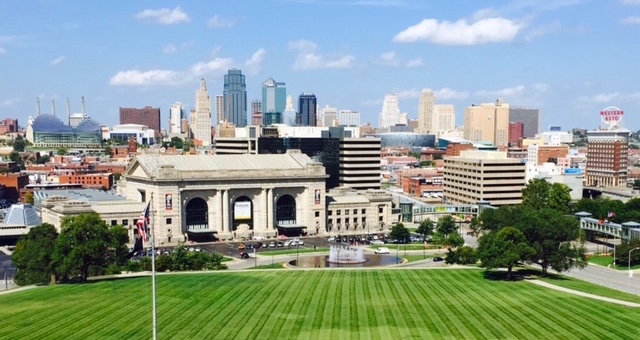 Information is deemed reliable but is not guaranteed. 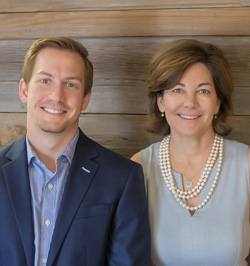